McKeon's Swim School is lead by a team of experienced professionals.

Jenny Lum has been involved in the swimming industry since starting as a teacher in 2003 and has been the Manager of McKeon’s Swim School, Towradgi since 2006. Prior to that, she worked for over 13 years in the banking industry, which has given her a strong administrative and customer service background. In her spare time Jenny enjoys exercising in the great outdoors. She’s a keen swimmer and walker.

Natasha Sturges is our Customer Service Manager and has been with Mckeon's for over 12 years. Natasha competed in the 1991, 1992 and 1993 ISAF Youth Sailing World Championships for Australia & represented her country at the Atlanta & Athens Olympics. Natasha has a proud sporting background In her spare time Natasha enjoys being active with her two boys.

James Greathead is one of the most passionate and skilled young coaches in NSW.  James has coached swimmers from development level through to Australian Olympic Team representation. He has been involved in regional and state camps, as well as travelling to Rio for the Australian Open Water Swim team training camp in 2016.  . Away from the pool James enjoys exercising, spending time at the beach and good food.

Diane Beswick started work at McKeon’s Swim School as a learn to swim teacher in 2004. She has extensive experience in customer service, having spent more than 30 years in various management positions across a number of industries. She is a valued member of both the Customer Service and Deck Supervisor teams, as well as still teaching learn to swim on occasion. She comes from a family of keen surfers and loves to swim in the ocean.

Nicole Costello began at McKeon’s Swim School as a swimming teacher in 1994. She has a strong swimming background in still water and the surf, achieving high results at both a state and national level. Her expertise in learn to swim is with babies and preschool aged children. She loves to see children progress to independent swimming, while also having fun and learning respect for the water. Nicole also has a great passion for spreading the water safety message.

Gerri Kafer is one of the most knowledgeable and respected teachers at McKeon’s Swim School. She has taught for many years in Sydney, Cairns and Wollongong. We have been lucky enough to have her with us for almost 15 years now!  She has a background in graphic art and helped paint the fantastic full size wall murals at both our Unanderra and Towradgi pools.

Christine Antrobus has been employed at McKeon’s Swim School since 1999. She is currently responsible for coordinating the staff training program across the Swim School, as well as being a Deck Supervisor and teacher. Christine has 12 years of customer service and supervisory experience within the Commonwealth Public Service. These skills have helped to make her a valuable mentor to new teachers, as well as a great Supervisor and teacher. 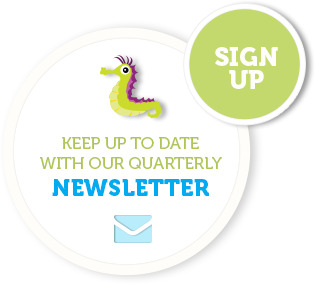